Our Pain Turned To Joy With Baby Matteo

Michael and Daphne Ch’ng are Acts Church partners who are part of the Deaf Community, and they have been trying to have a baby since they got married. But after almost eight years and countless disappointments, they were ready to give up.

One year into marriage, Daphne had surgery to remove cysts in her body. They continued to try for pregnancy after that, but with no results. Daphne wrote: “All these years, I had wanted to give up on being a mother, feeling like my body was unnatural or not a ‘good hormone body’. Often I feel down looking at other people’s cute babies.”

But it was after joining Acts Church that the couple embarked on U-Turn, the annual prayer and fast. “We prayed for my pregnancy and one night, I cried out to God as I had a bad stomach ache,” wrote Daphne. “I thought the cysts were coming back. The next day, my belly continued to ache, so I took a nap.

“I had a dream and saw Jesus’s hand taking a baby out from my womb. Then he brought the baby back to me and I screamed, ‘No!’ But Jesus told me, ‘Let the child come to me as he belongs to the Kingdom of God.’ In the dream, I nodded and agreed. Then I woke up and the pain was gone.

“Michael quickly took me to the hospital and the obstetrician showed us a small black image on the ultrasound. I was nervous because I didn’t know what it was. But the nurse signed ‘big belly’. I was shocked and cried!”

Michael agreed, writing: “Our pain has turned to joy! We didn’t do anything, but God made it possible! Finally after eight years, we’ve got a baby. I burst into tears when I heard the news.”

When Matteo Ch’ng was born in 2021, he was named after the verse in Matthew 19:14 in Daphne’s dream. Matteo is Italian for Matthew, which also means “gift of God”.

Wrote Michael: “We would like to encourage husbands and wives to never give up praying to God and to always seek first His kingdom.”

Daphne also wrote: “I understand many women’s struggles now, but God told me to boast in my infirmities that His power may rest upon me. I pray that pregnancy will be possible for anyone who desires it. Amen!” 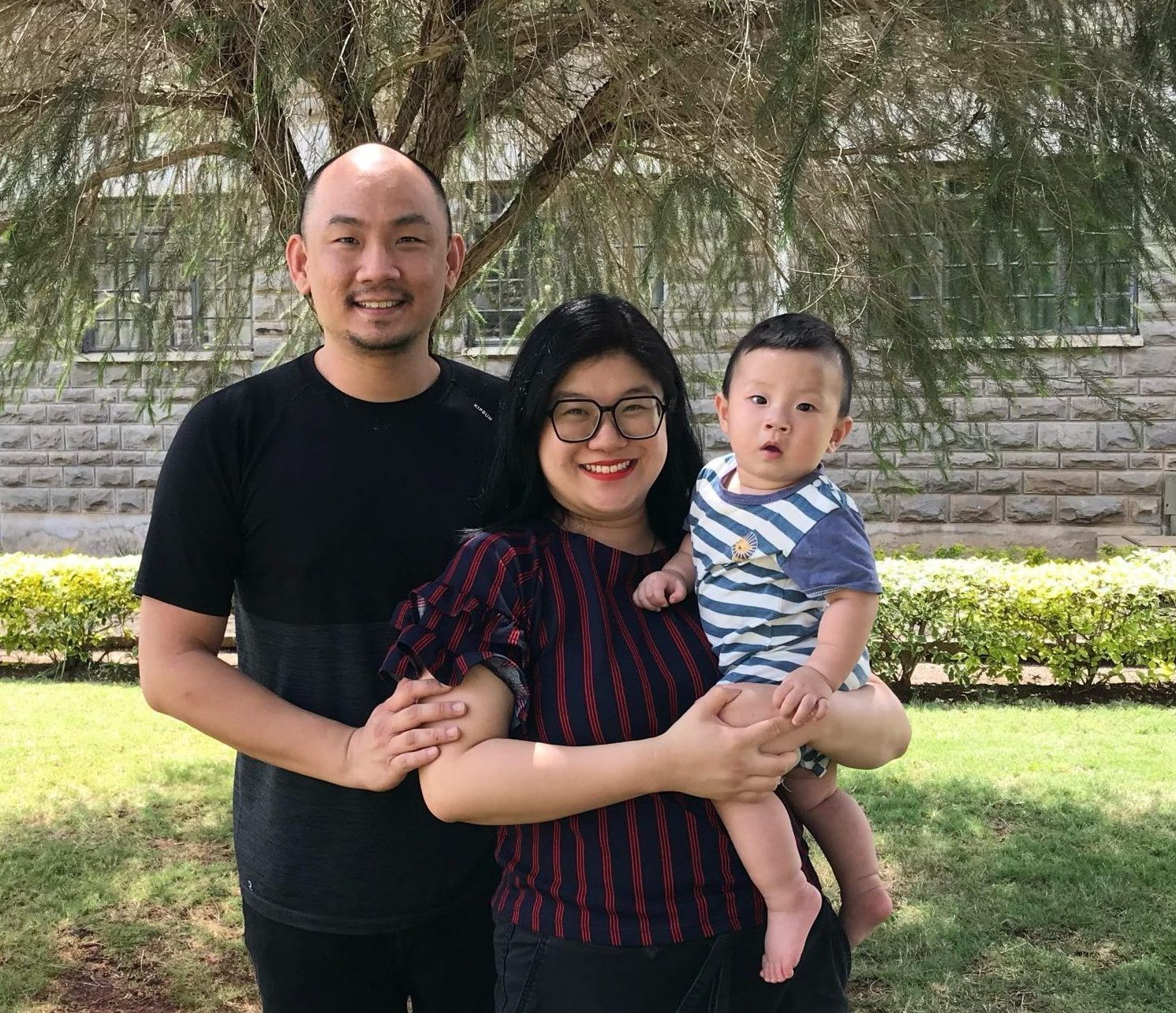